Two of the characteristic exhibits of the Biedermeier age are shown in both rural recesses. The upholstered settee as well as the desk are good examples of the most favourite furniture of that era before 1848. The desk which shows nearly no decoration is an example for the main idea of that time, namely furniture had to be “beautiful” as well as “useful”.

The paintings above the desk are portraits of Adolf Carl Böcking (1799-1866) , he was one of the sons of Goethe’s host Ludwig Böcking and his wife Eleonore

née Wagner from Friedrichsthal, Saarland. Adolf Carl who met numerous scientists, poets and liberal politicians was among others a deputy of the Frankfurt National Assembly. He retired from politics after the revolution had failed. His wife on a portrait left from the door died in 1834 after the birth of her fourth child. The baroque wardrobe in this room is part of her family’s heritage.

The oil painting over the Biedermeier settee shows a grandson of Adolf Carl Böcking who was also called Adolf. Having finished his law studies, he joined the Prussian administration and worked in the colonies of West Africa. Only a few weeks after his arrival in the German protectorate Togo in 1898 he died of malaria at the age of 34 years. 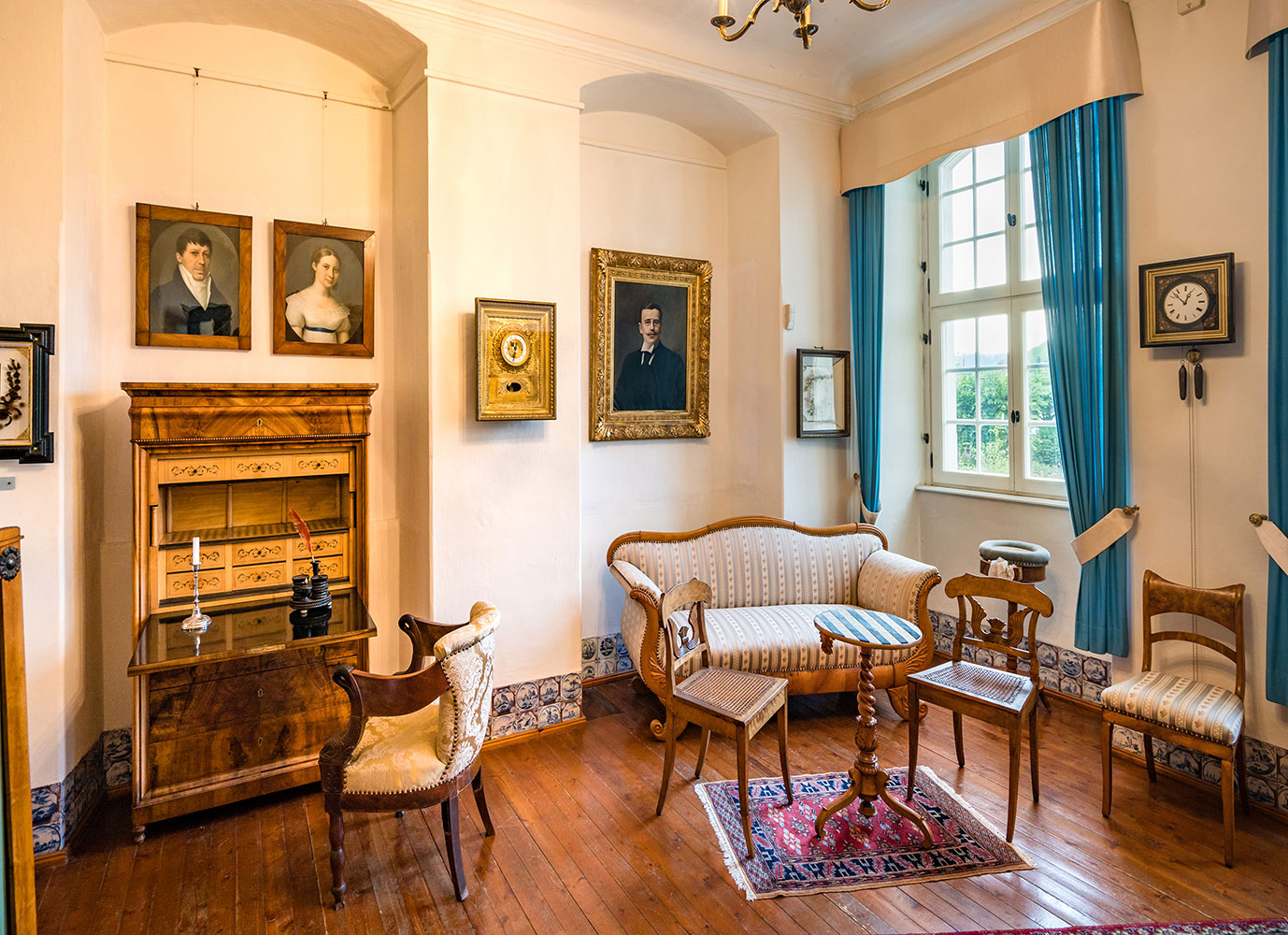