After the sudden death of Dr. Spies in 1975, the museum was run by the caretaker who had been employed two years before. In 1980 the friends’ association was founded and whose chairman became automatically the manager of the museum. There was a close cooperation with the “Arbeitskreis Eifeler Museen” ( which was founded in the rooms of the Böcking villa) . This fact led to special historical exhibitions. Supported by the volunteers it was in 1987 possible to open the museum to the public with regular opening hours. Before there had only been guided tours. Moreover the first exhibition projects generated an extensive cultural programme, comprising historical exhibitions, lectures, literary events, concerts and art exhibitions and all this in the special atmosphere of a baroque villa.

As the responsible body of the museum didn’t have any financial means at its disposal (and still doesn’t have) which could be used beyond the maintenance of the building and the management of the museum the friends’ association of the museum became more and more important. In the course of the years the membership fees and the donations generated considerable sums (in the past twenty years more than 150,000 Euro). This money was invested in cultural projects, the purchase of new exhibits, furniture and the restoration of existing exhibits. Today this friends’ association, now called “Förderverein Mittelmosel-Museum e. v.” has nearly 200 members. The chairman of this association has been at the same time the manager of the museum since 2001.

Moreover, the association is supported by a team of roundabout twenty volunteers who help to run the museum during the seasonal opening hours. They only get a minimal expense allowance. 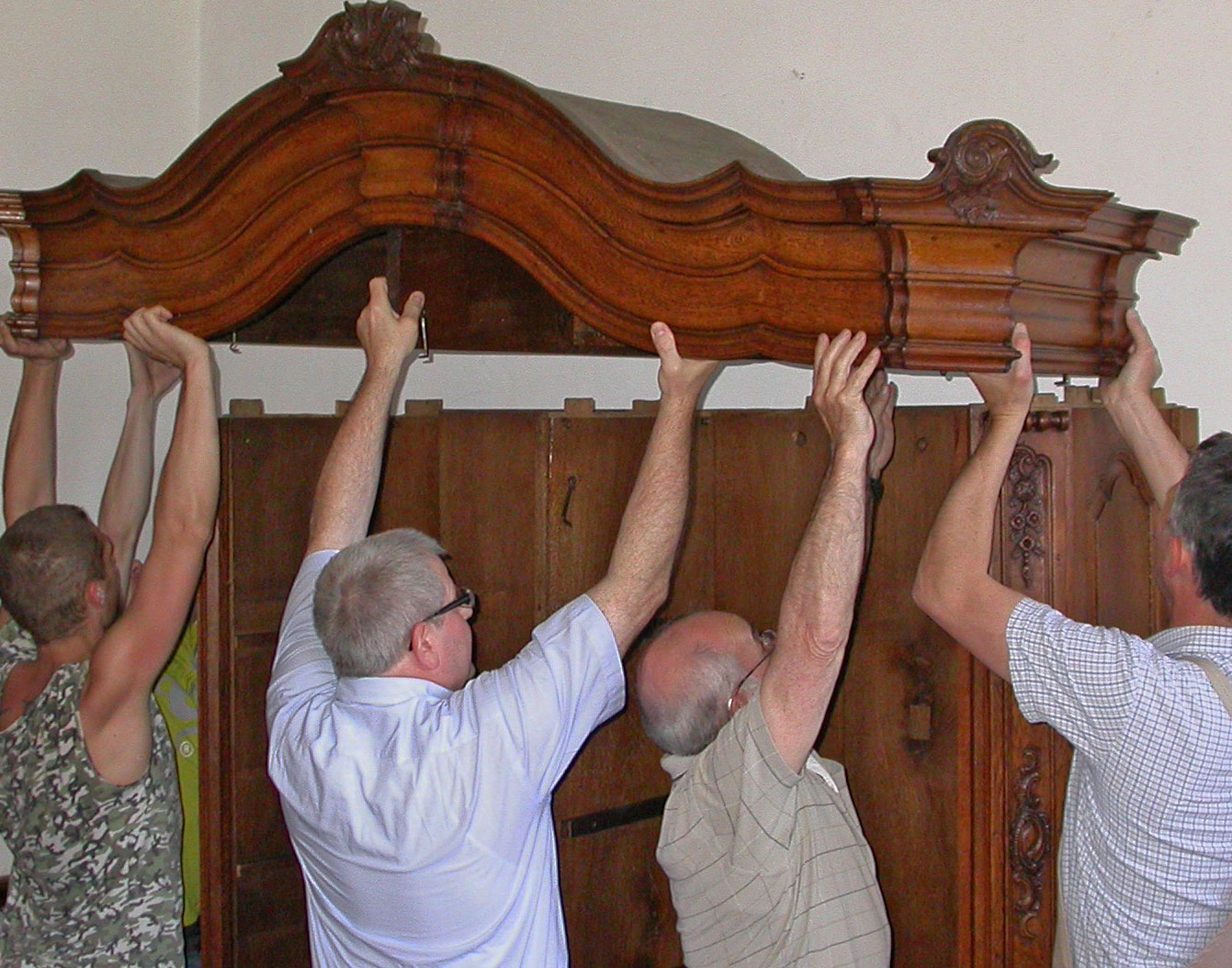 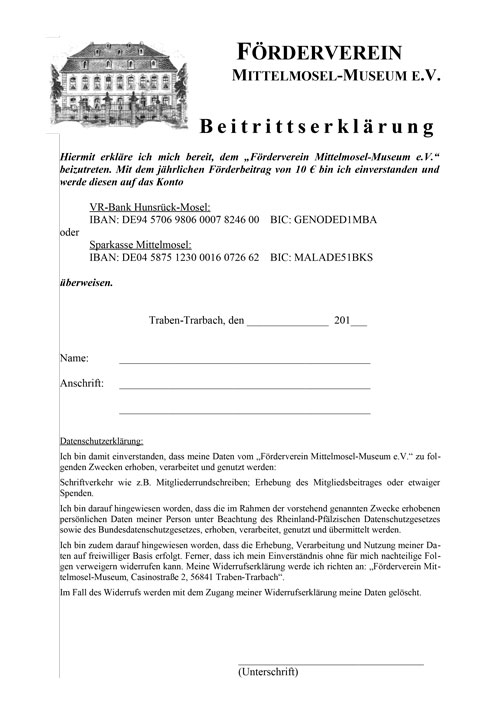 Join the “Förderverein Mittelmosel-Museum”! The annual fee of only 10 Euro helps to maintain this unique museum which is extremely important for the town and the surrounding region.