Where already Goethe was a guest ...

... and where the Prussian King stayed overnight!

Goethe, the Prussian King Friedrich-Wilhelm IV as well as the French poet Apollinaire stayed already as guests in the baroque villa Böcking under the roof of which you will find today a gem among the museums of the Moselle valley …

You will find the Mittelmosel Museum in the baroque villa in Trarbach, on the banks of the Moselle river, close to the underpass tunnel leading to a spacious car park.

Night event in the museum

Always on a Saturday night in September Goethe and company will invite you into the Böcking villa for a special trip through history.

Make a dive into everyday civic life of the 18th and 19th centuries.

Goethe, the Prussian King Friedrich-Wilhelm IV and the French poet Apollinaire stayed as guests in the magnificent baroque villa owned by the merchant family Böcking. Today the villa is the site of a gem among the museums of the Moselle valley.

This splendid building, which wasn’t destroyed by the big fire in 1857, was built by the wealthy merchant and bailiff Johann Adolf Böcking. Nowadays it still represents the lifestyle of a wealthy upper-class family of the 18th and 19th centuries.In more than twenty exhibition rooms you will not only find precious furniture and objects d’art of three centuries, but also an extensive collection of the history of Traben-Trarbach. There are archaeological finds from Roman times and from the Middle Ages as well as finds of rural lifestyle or the history of craft and urban guilds. Moreover, plans and finds from the excavations of the former French fortification Mont Royal made in the 1930ies. You will also discover a historical model of the Grevenburg. 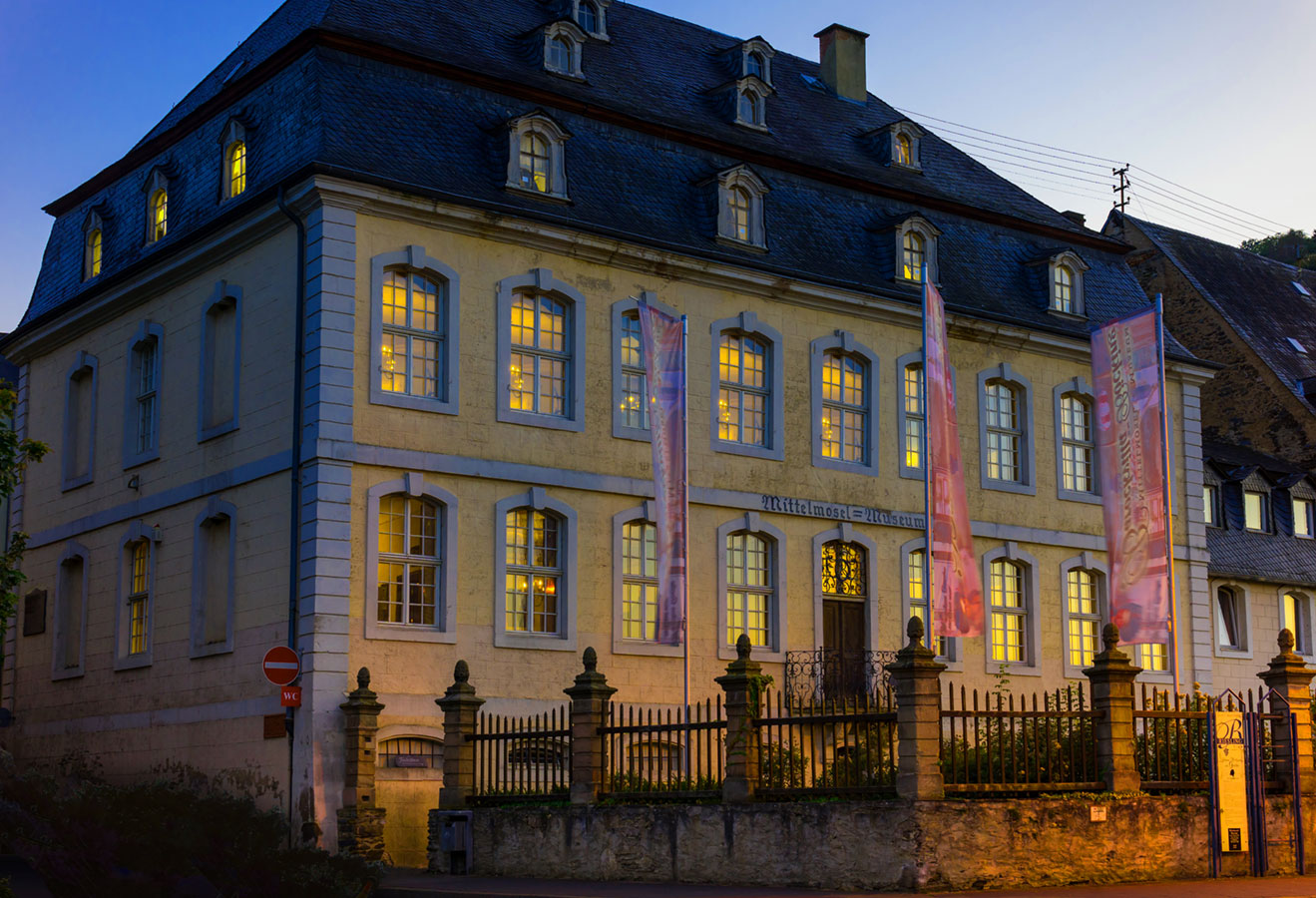