“And thus we floated onwards down the stream, in good spirits and without accidents, till the twilight; when we saw ourselves entangled in the windings of the mandering river, just where it rushes towards the heights of Mont Royal. The night now overtook us before we could reach Trarbach or even get sight of it. It was pitch dark; we knew we were confined between more or less precipitous banks; when a storm, which had already announced itself from behind, broke upon us with tremendous violence. The stream was soon swelled into billows by the force of the wind, the intermitting blasts descending with furious roar; one wave after the other washed over the little boat an we felt wet to the skin. The boatman did not conceal his uneasiness; the danger appeared always greater the longer it lasted; and it had risen to the highest pitch, when the honest fellow assured us, that he neither knew where he was, nor in what direction he should steer.

Our companion kept silent. I was absorbed in my own thoughts; and we floated in the blackest darkness, only it sometimes appeared to me as if dark masses above me, even blacker than the darkened heavens, were perceptible to the eye; this, however, yielded little consolation or hope, to be hemmed in between the land and rocks making the situation more perilous still. And thus we were tossed to and fro in the total darkness, till at length a light was seen at a distance, and hope also was awakened within us…”

Goethe couldn’t have used more dramatic words when describing his daring trip on the Moselle River on November 1st 1792. This trip, however, was not one of his many cultural journeys, Goethe wanted to experience life on the battle fields of the so-called French campaign when the Prussians wanted to destroy the remainders of the French Revolution of 1789.

But the battle ended in a catastrophe: during the retreat nearly one third of the 60.000 soldiers died of epidemic diseases and debilitation. Compared to the sad fate of the common soldiers, Goethe travelled quite comfortably on the Moselle River from Trier to Koblenz, although his life had been in danger.

The light which gave him so much hope came from Trarbach where he landed and was welcomed by the wealthy merchant Ludwig Böcking. 30 years later Goethe remembered the English art prints, now to be found in the “Goethe cabinet”. The picture on the left of the cabinet shows Ludwig Böcking on his deathbed. 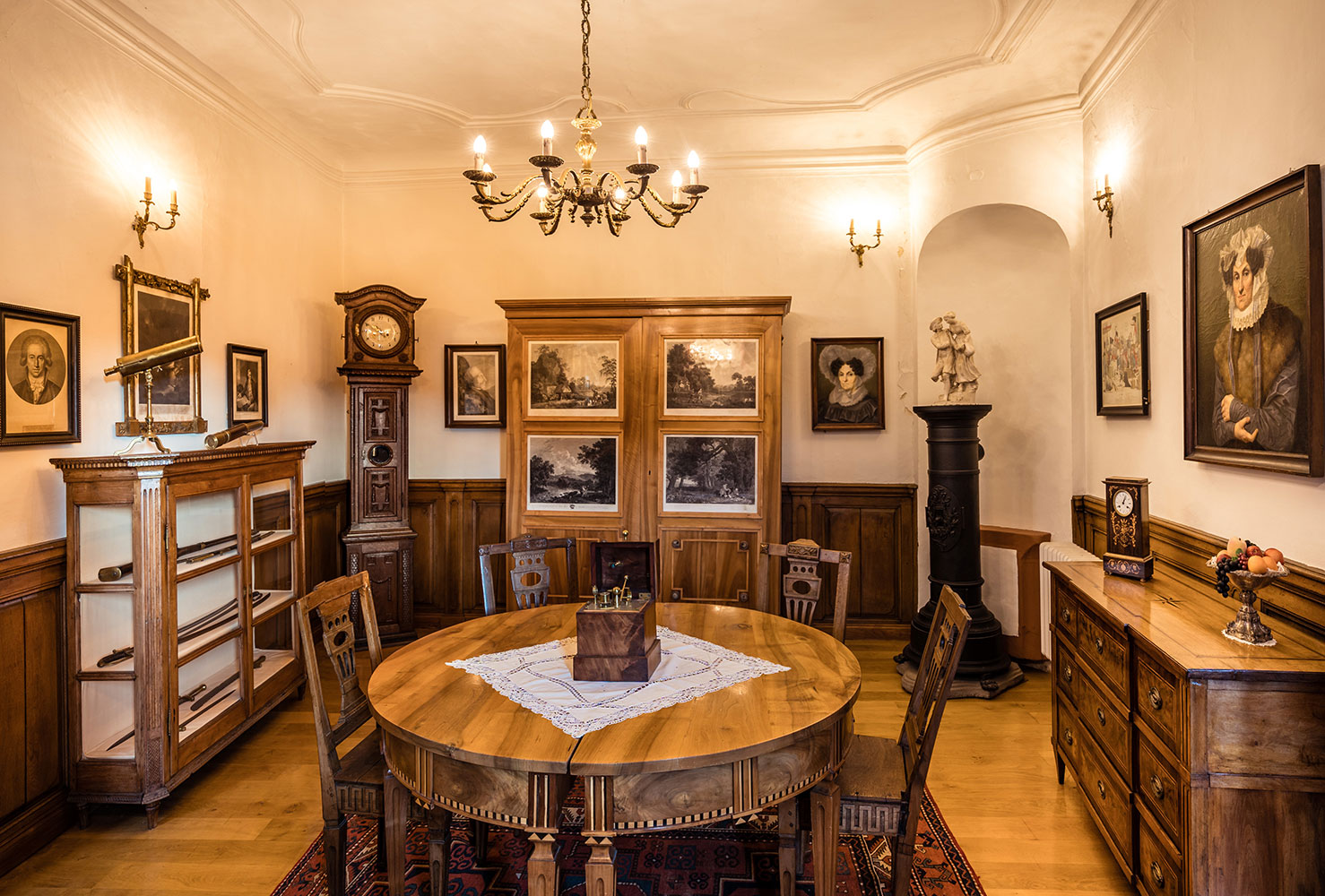