Whereas nearly all rooms of the baroque villa Böcking had the same skirting boards, made of two rows of ceramic tiles from Rotterdam, the walls of the “lower room”, however, furnished today as a dining room, are decorated with a ceramic board of 1.100 tiles with the themes “scenery in octagon” and “scenery in a double circle”. The proof that these tiles were really made in a ceramic workshop of Rotterdam are two specimen made according to the pattern book of the local “Gemeentearchief” . The painters of those tiles appeared to have had a certain artistic freedom.

Above the ceramic skirting boards you can find three walls portraits of the former inhabitants. The picture with the golden frame on the right of the oven recess shows Johann Adolph Böcking (1695-1770), the builder of the villa. The next portrait shows his wife Margaretha Barbara (1705-1744) who died at the age of 39 years after the birth of her tenth child. She was the daughter of Gabriel Dörbeck, village mayor of Bad Ems Lahn.

The four portraits next to these paintings show their son Richard Böcking (1726-1770) with his wife Eleornore Elisabetha Hauth (also called beautiful Lorchen), sister of architect Christian Hauth from Zweibrücken. The next portrait shows their son Adolph Böcking together with his wife Ernestine von Scheibler.

The plaster bust on the pedestal shows Nicolas Villeroy, co-founder of the international company Villeroy & Boch still existing today. He underwent an apprenticeship in the Böcking company in Traben-Trarbach. In 1768 he married Theresa Böcking whose large dowry enabled him to found his first ceramic business in Frauenberg near Saargemünd.

The plaster bust on the oven presents the social reformer, lawyer and politician Hermann Schulze-Delitzsch, founder of the “Volksbank” who was a frequent guest in this villa in the 19th century. 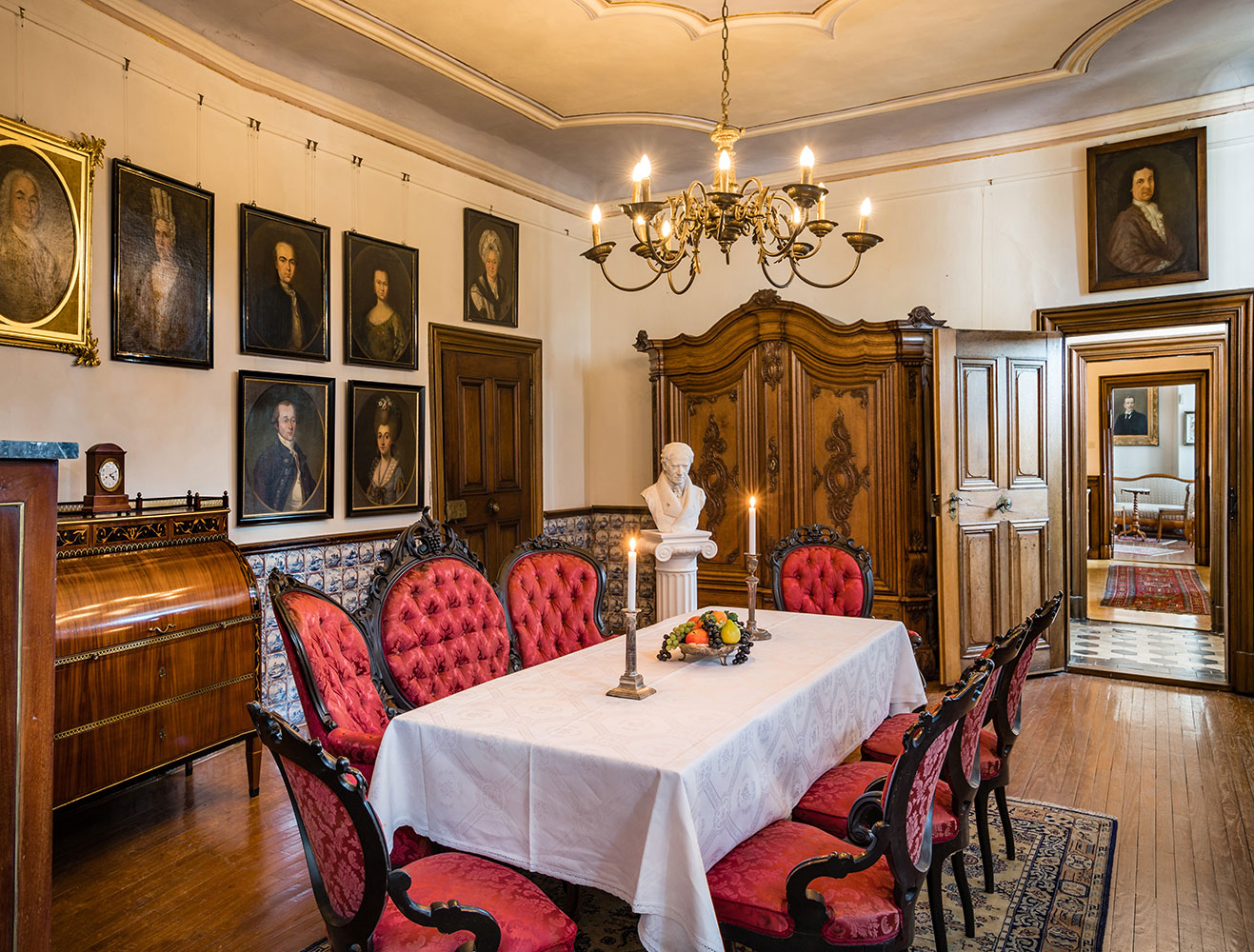