This room which was originally supposed to have been a cabinet for the various collections of the master of the villa shows historical exhibits of the ancient municipal pharmacy. In the middle of the 17th century a pharmacist already lived in Trarbach in one of the imposing timber-framed houses on the market place. Unfortunately all these houses were destroyed by the big fire in 1857. The wooden pots on the shelf in the corner used to keep raw materials for making medicine. They were made around 175o.

The floor cupboards with the drawers were made for a newly established pharmacy in Trarbach after the big fire. The pharmacist’s pair of scales made of brass was made in the middle of the 19th century. Pay special attention to the fancy fish decorations.

The vice on the left of the window served as an herb press, whereas the unusual dragon in the shelf recess isn’t really part of the pharmacy. It is said to come from a church where Holy George apparently got lost in the course of the centuries.

A more serious background has the set of surgical instruments exposed in the glass case over the heating. It goes back to the turn of the century. Especially striking are big forceps, the design of which not having substantially changed until today. 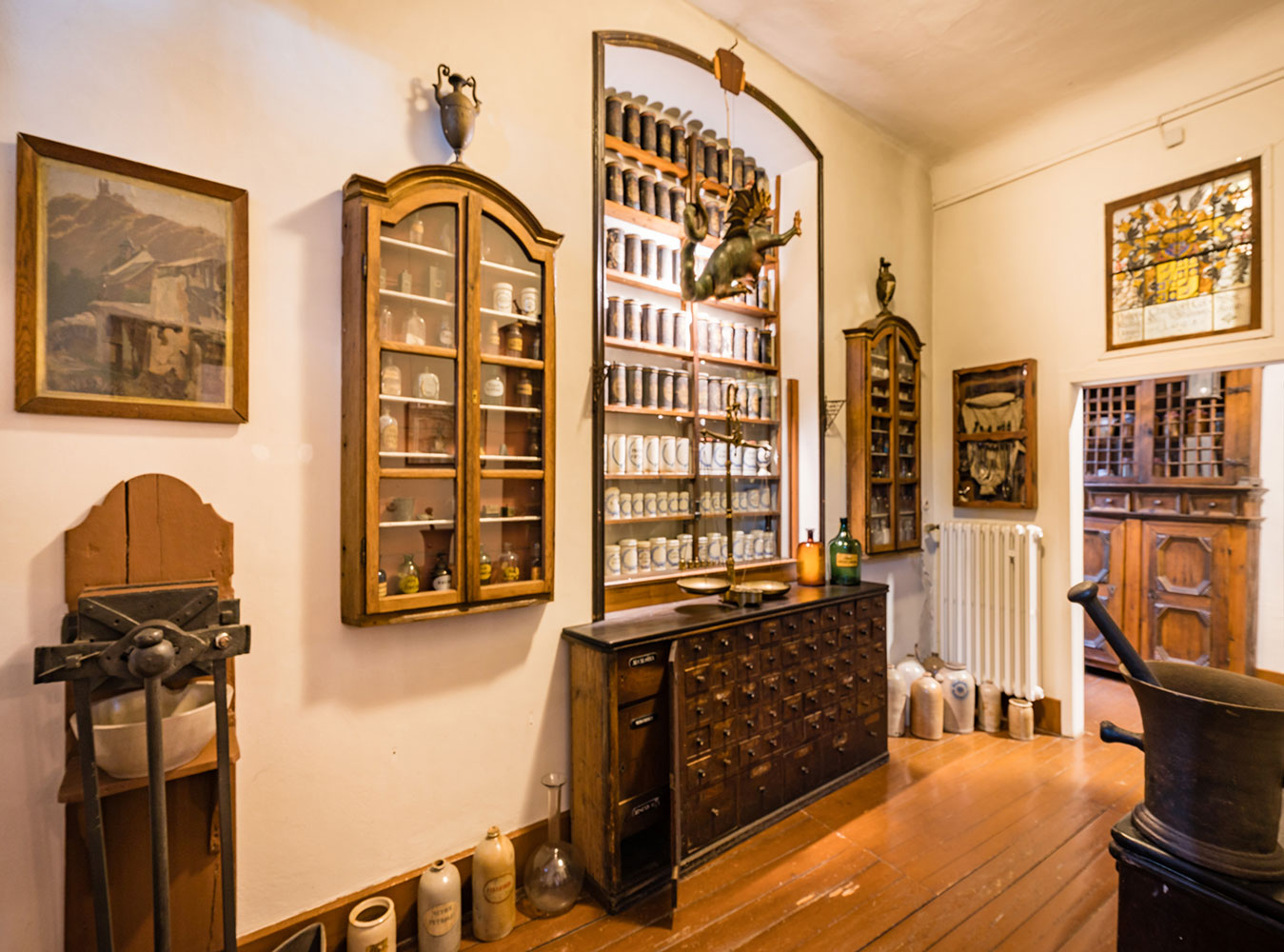