The big fire-place is the centre of this room where meals were prepared on the open fire. The actual flue is a kind of fake because the original one was removed in the early days of the 19th century and was replaced by a “modern” stove.

The big glass case on the opposite wall is part of the original equipment of the baroque villa of 1750. It is supposed to have kept the “state” table-ware of the Böcking family. Today you can find there the “community” tin ware of Traben from the early 18th century. It was also used only on festive or official occasions.

In the corner on the right of this glass case you will find the only water place of the whole house. The pump of which can still be seen in the cellar. And it was at that time sheer luxury. In these old days citizens had to use the few public wells in town and had to carry the water or had it to be carried to their houses.

The seemingly queer-looking object on four legs in the other window corner is a juice squeezer. 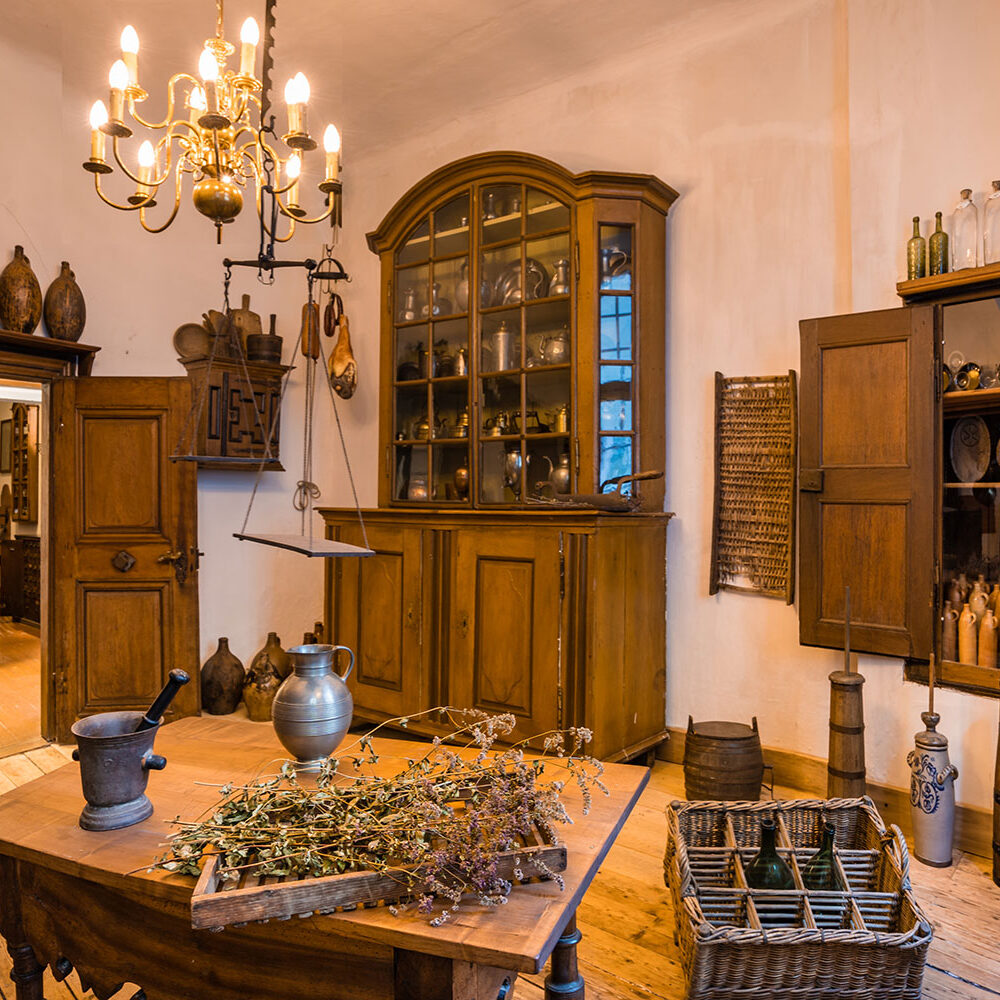