This bedroom with its romantic four-poster bed is described in the old museum guide as a “virgin bedroom”. It is true, however, that it is definitely not a single but a room for a married couple of the 1800s. In times where bedrooms were not heated in winter (and there weren’t any double window panes either) narrow beds for tow persons were very much appreciated. And the curtain around the bed was not a decorative element, but it was supposed to keep the warm air within the bed with the effect of a tent.

The unusual sphinxes on the big wardrobe will certainly strike the visitor. This decoration can be explained in the following way: Napoleon’s campaign in Egypt in 1798 where the French army was accompanied by 167 scientists, engineers and artists. These persons were not only the founders of Egyptology, but kindled among their contemporaries a new fashion which even influenced the decoration of furniture.

Another special feature of this room is – apart from the impressive hatbox on the wardrobe – that the interior shutters are decorated by an original wallpaper of the 19th century. In some places you can still read newspapers glued under the wallpaper. 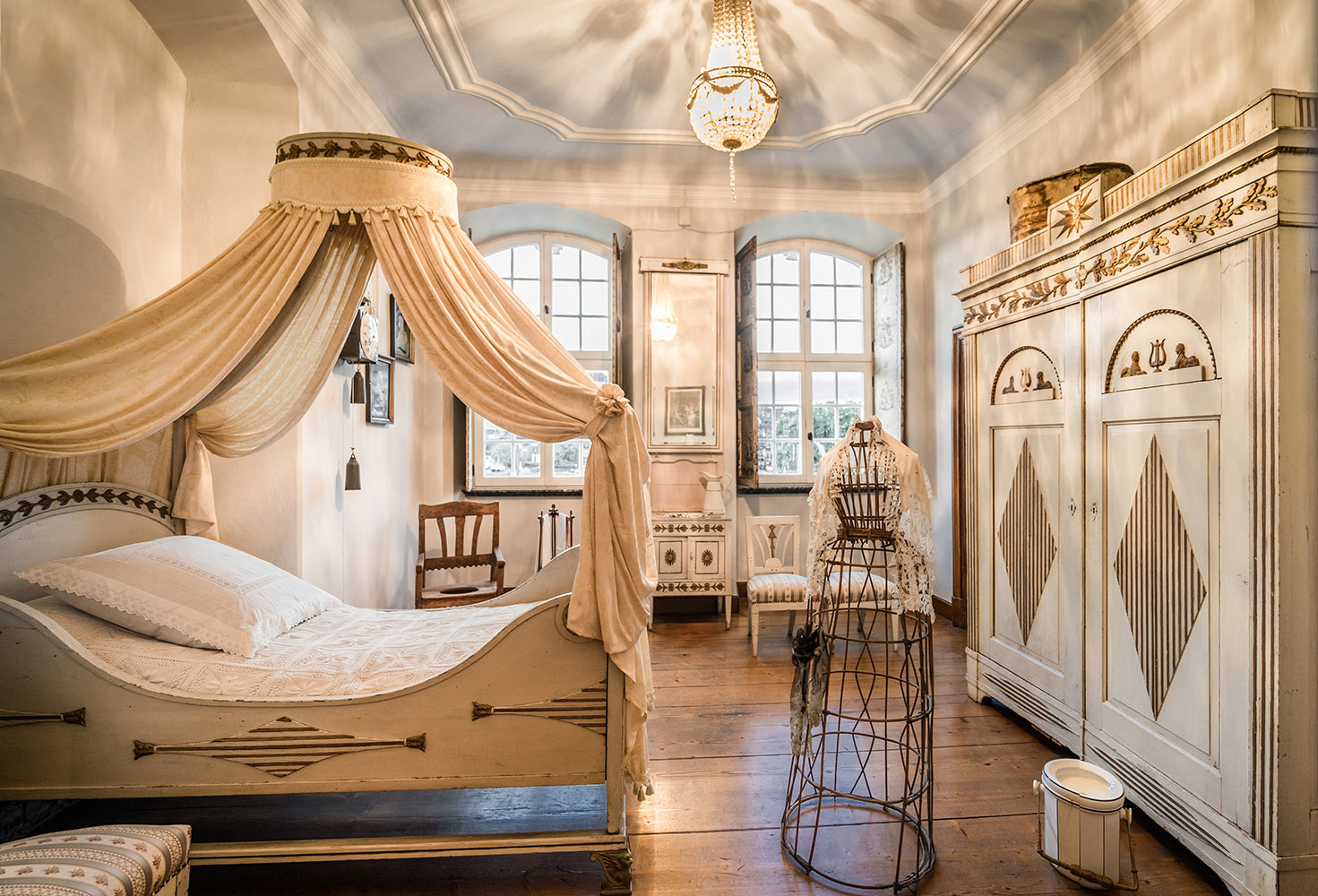