Apart from the baroque wardrobe and the sumptuously decorated small table, all the furniture in this room belongs to the property of the Böcking family. The precious Louis Seize style writing table stood originally in the neighbouring music room whereas the two baroque chairs ( there used to be twelve of them in the beginning) were part of the furnishings of the “lower hall”, which is today the dining room on the ground floor. All three armchairs (only one of them with its original cover) were formerly decorated with precious embroidery from the Greek mythology.

The grandfather clock in the left corner of the room has an English clockwork mechanism which was constructed by John Sams in London around 1760. This mechanism has its own second hand as well as a date indicator in the lower window of the dial. Even an alarm clock could be set with a small wheel behind the hands. This grandfather clock – as well as all the clocks in the museum – were restored by Jochen Vogt from Dortmund who died in 2015.

Next to the clock you will find the only still functioning bell chain (originally they were to be found in nearly all rooms of the Böcking villa). The matching bell is installed in the hall above the console table and it could easily be heard by the staff.

The precious vase under the glass hood is the original guest present of the Prussian crown prince – later King Friedrich-Wilhelm IV- who stayed overnight together with his entourage in the baroque villa Böcking. This was in 1836. The gold-plated splendid vase, decorated with a hand painted Havel landscape was made in the Royal Prussian china factory (KPM) in 1830. Its decoration goes back to a design by Karl Friedrich Schinkel.

The portrait over this vase of Johann Christian Hautt (1726-1806) is by far the most precious portrait in the Mittelmosel-Museum. It was painted by Johann Georg Ziesenis (1716-1776) from Denmark. This artist became later a painter at the Court of Hannover where he made dozens of portraits of the European high nobility. Among others, he painted one of the best known portraits of the Prussian King Friedrich II.

Hautt was an architect, later an advisor and construction director of the Dukes of Zweibrücken. Latter’s sister Eleonore married in 1754 the merchant Johann Richard Böcking from Trarbach and became thus the daughter-in-law of the builder of the baroque villa. 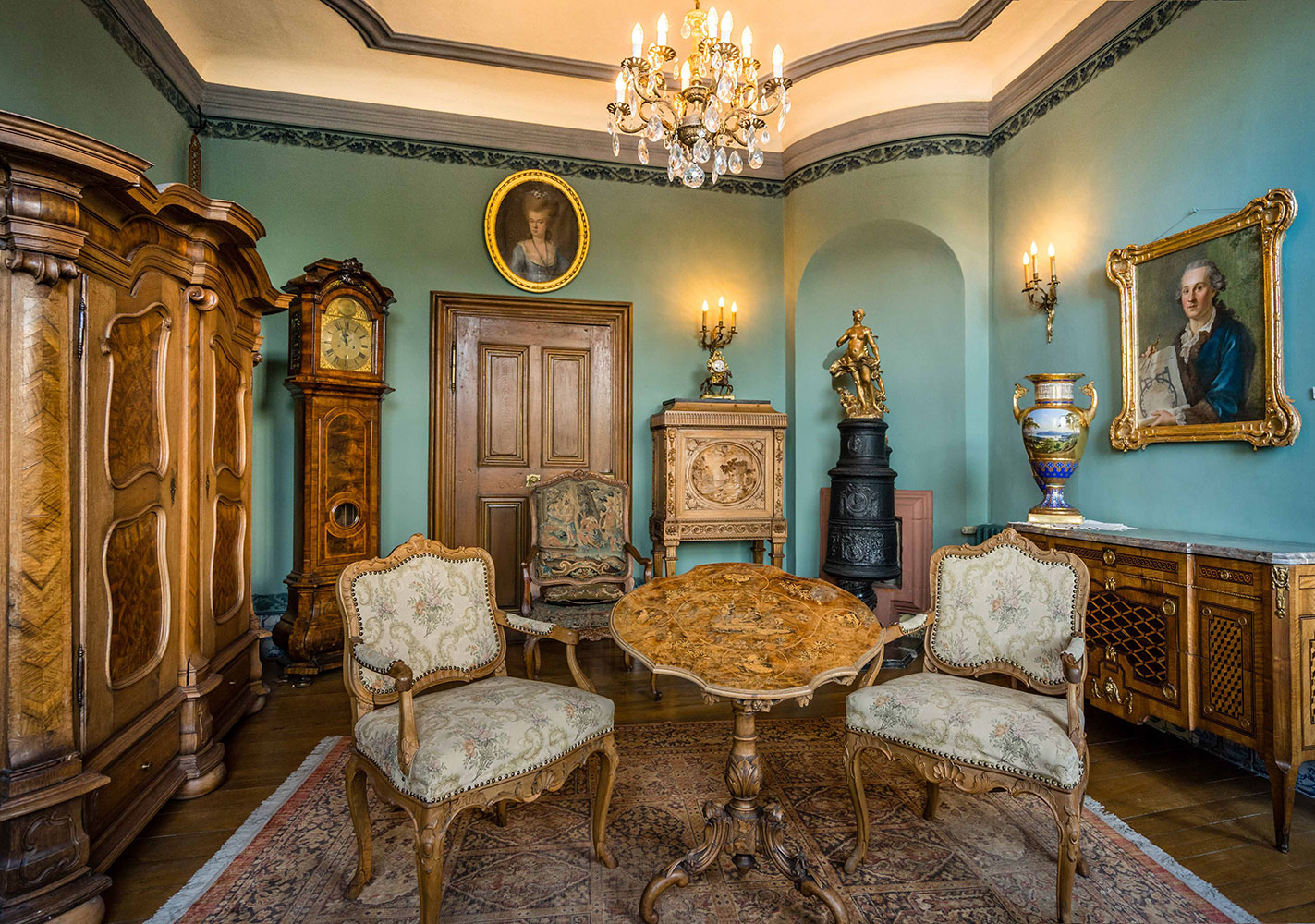