In this room you can see part of the extensive collection of weapons belonging to this museum. Eight historical hunting rifles are exhibited in the wall chest. The highlight in this room is a highly decorated specimen of 1688 made for hunting wild boar. You will find it on the left. Underneath there is the broken blade of a sabre of Napoleon’s times which was turned into a hunting knife (“Hirschfänger”).

In the wall recess above you will find rapiers from the 18th and 19th centuries, the opposite wall exhibits military rifles and weapons from 19th century. Over the door Danish, Bavarian and two French rifles remind of the German “unification” wars of 1874 to 1871. Left beside the stove there is a sabre engraved with Adolph Carl Böcking’s name (1799-1866).

Furthermore, the room is furnished with a baroque chest wardrobe, an unusual punch set made of real antlers and wild boar tusks. This was made in the last third of the 19th century.

Another speciality is a square piano from 1790, standing on an older baroque stand. This piano does not come from a well-known piano workshop, but it is today a real treasure, because normally these pianos were thrown away when they were no longer good. As it had been forgotten in an attic for decades, the original state of the instrument is completely preserved. 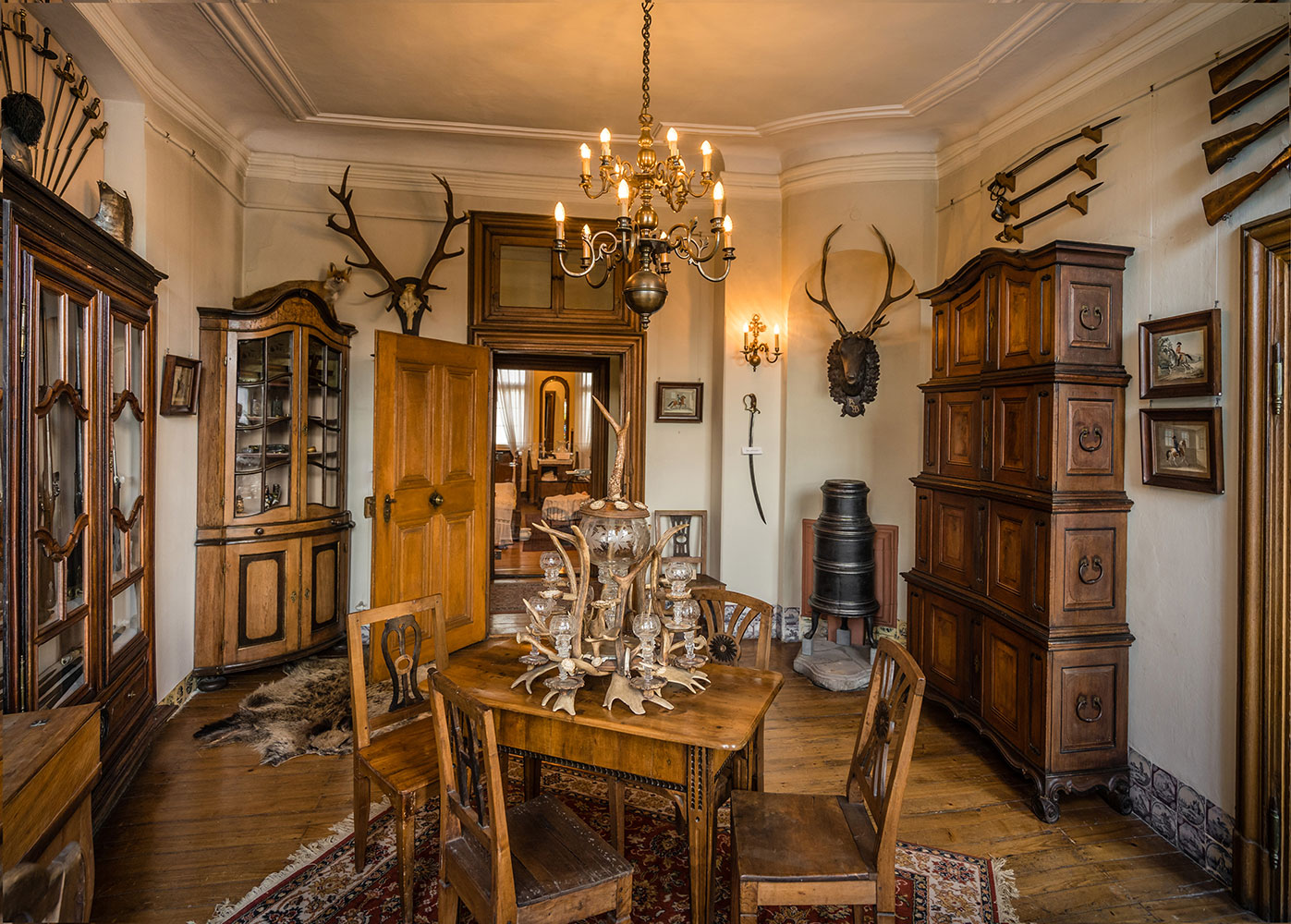