The huge double bed in (neo-) Louis Seize style belongs to the inheritance of Eleonore Schex née Böcking. When she moved to Düsseldorf after her marriage with Joseph Schex, which was in 1868, the couple used the villa in Trarbach merely has a holiday home. The gorgeous double bed bought for this purpose stood originally in the nicest room of the villa, today’s music room.

The washing table between the two windows also seemed to have belonged to the household of this couple.

After her husband’s death, who had been 17 years older than she, she returned as a widow to Trarbach in 1894 where she lived as the last descendant of the Böcking family until she died in 1911.

The impressive linen cupboard goes back to the second half of the 18th century. Before the washing machine was invented, washing was done only every three months because it was such hard work. Therefore the family had to have a large stock of linen.

On the floor you can find a hot water bottle with a wooden grip as well as an object made of brass to keep the feet warm. There is also a boot-jack, designed as a stag beetle. 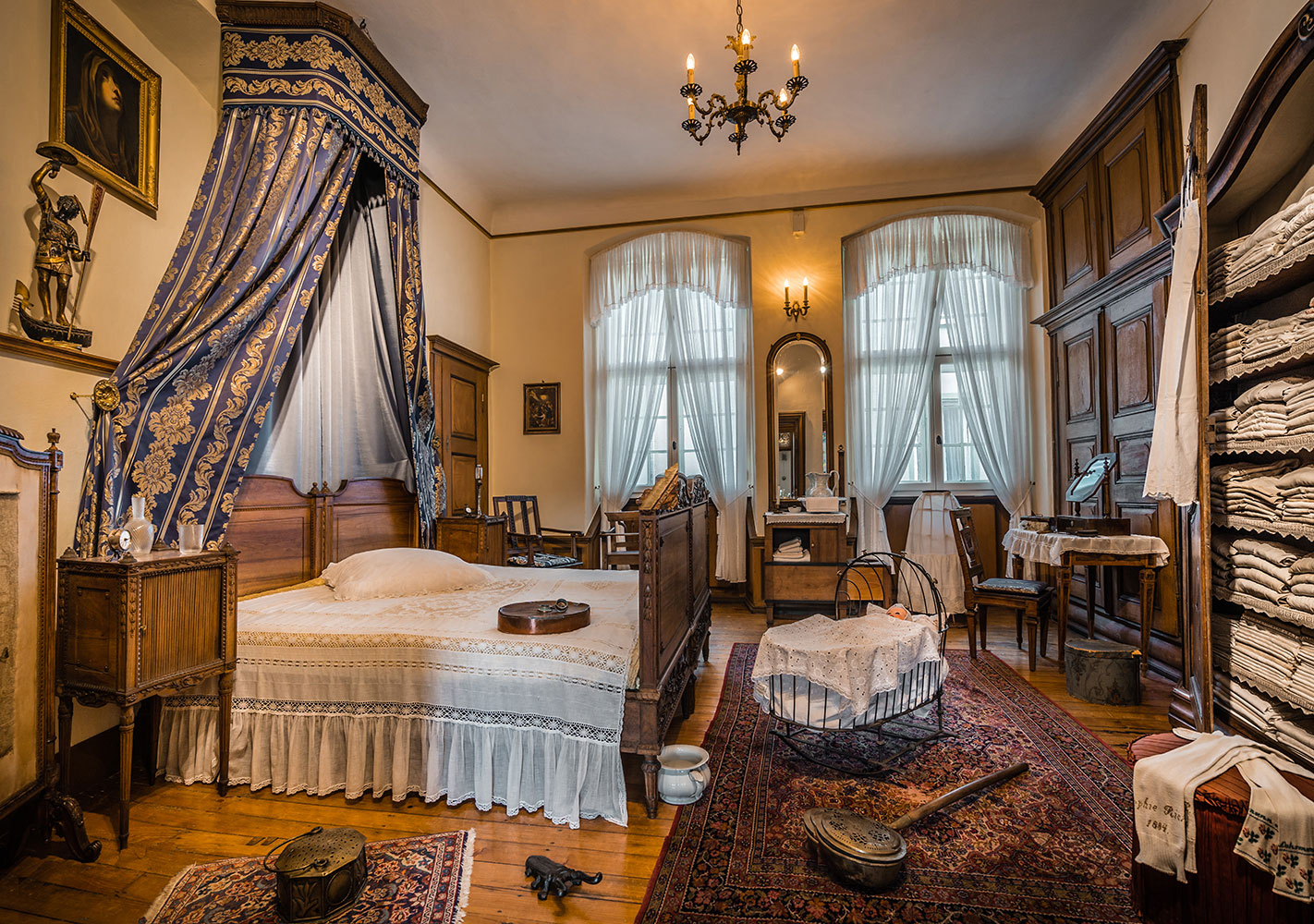